A year from today, July 5th 2014, the Tour de France will roll out from Leeds – it’s most Northerly, and perhaps least likely starting point ever. Last December Yorkshire won the bid to host the 2014 Grand Depart, beating competition from much more apparently obvious choices such as Florence, Berlin and Barcelona (as well as the less immediately obvious choice of Venice…. Hello? Canals?). Succesfully riding the tide of the success of Cav & Brad, and by skilfully tapping the burgeoning public enthusiasm for road cycling that bloomed during the London Grand Depart in 2007 and then again for the 2012 Olympics, Yorkshire played their bid to their particular strengths and are now beginning the execution of a critical 12 months worth of awareness and opportunity building in order to make the very most of the Tour’s short time in their hands. 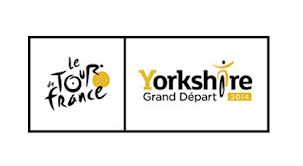 Yorkshire’s initial bid had suggested that the Tour would spend three full days in England’s largest county. However, once the route (decided by the Tours French owners ASO) was confirmed a couple of months after the bid win, Yorkshire was left with Stages 1 and 2, with Stage 3 located in the South, running from Cambridge to a central London finish. I was personally disappointed that the mooted third day was dropped in favour of London. There were suggestions that the route would include my home town of Hull and would cross the Humber Bridge – which I think would have been a great Tour image – but the two Stages they do have look to be absolute crackers.

No prologue again next year and the first stage looks to be similar to this years in trying to set up a sprinter for the first Maillot Jaune. It’s a 190km looping course, initially striking out North-West from Leeds, taking in the open country of the Yorkshire Dales National Park before heading back close to the starting point in Harrogate. Cav’s mum lives around the corner to finish and he will be especially fired up after missing out on his chance to wear yellow this year.

The second stage has been described by Christian Prudhomme as being more like a Spring Classic and whilst a pure sprinter may be in yellow as they roll out of York to start the 200km anti-clockwise loop it’s unlikely he would be atop the podium come the days end. If Cav did grab the leader’s jersey on Day 1 there will be some memorable scenes as the route returns through Harrogate. Lingering shots of Cav’s mum waving out of her window as her yellow-clad son is allowed to lead the peloton through town perhaps.. The route then winds down through West Yorkshire across a sawtooth profile (including the brilliantly named Blubberhouses where my mother’s family trace their roots back to, and then Hebden Bridge where I lived out a memorably up-and-down year after university) before finishing in Sheffield on a small repeating circuit. Prudhomme has made comparisons between the Stage 2 route and Liege-Bastogne-Liege and he obviously feels that the puncheurs will be at the head of affairs through the last few kilometres.

The direction is clear. ASO want more, and more different, yellow jersey wearers in the first days of the race. They want to open out the leader’s spot to all rider styles and create greater spectacle from the off. In choosing challenging routes over more glamorous backdrops they seem keen to put the cycling, and not the spectacle, first. They believe, as should we all, that, given the right terrain and passionate hosts, that the spectacle will come naturally.

You can see maps and more info on the routes at Yorkshire’s website here.

I’ll be returning to the Grand Depart regularly over the next year and looking a number of different aspects. Suggestions welcome.