In what is becoming a regular feature of the early and late season races, pro-teams have again suffered a number of large scale equipment thefts in the past weeks. After Garmin’s high profile withdrawal of the Tour Mediterranean in February last year following the loss of 17 bikes from a team truck, 3 World Tour teams have lost significant amounts of bikes, wheels and other items this year. Garmin’s loss was estimated at €250,000 and was described as the work of ‘well-organised’ thieves. In a trend that will be causing huge concern to teams and suppliers this specific targeting of teams by seasoned criminals has continued in the recent weeks and months. 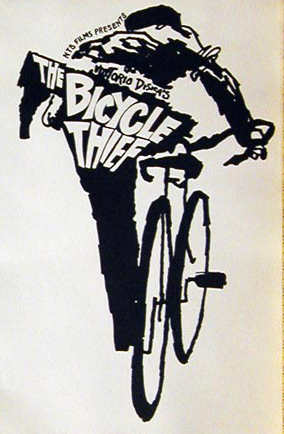 Garmin were by no means the only losers last year. Radioshack had 8 bikes stolen in Flanders and Europcar lost all theirs at the Euro Metropole Tour in October. Russian and Danish teams were also targeted separately at the World Champoinships in Florence losing more than 40 bikes between them. In each case team trucks were broken into. In the case of the Danish team many of the bikes were from the Junior squad who have to pay for the their own equipment.

Team Sky were latest to suffer with 16 bikes lost at the Tour du Haut Var last weekend. Once again professional thieves targeted a team truck during the night at a hotel. Unlike Garmin last year, Sky were able to source replacement bikes and make the start line . TheJerseyPocket spoke to  Team Sky mechanics and riders who were at the race to learn more.

Alan Williams is busy prepping bikes for this weekend’s Omloop Het Niewsblad when I speak to him on the Wednesday morning after the loss. You get the feeling that pro-cycling mechanics are always pretty busy but probably not so much as Alan and his co-mechanic Igor were in the hour before the start of the first stage of the Haut Var race last Saturday. It was Igor who discovered the theft first, around 8.30 in the morning . “I was at breakfast,” says Alan, his North-Western tones hinting at his roots and his previous job in the British Cycling setup. “A carer came in and said, “Looks like the race is off – no bikes!‘ We all went outside to look at the van. It was open with nothing in it.” Alan channels Paul Weller and The Jam’s ‘That’s Entertainment’ as he sums up his feelings from that moment, “To be honest, it was a real kick in the balls.”

Team Sky rider Ian Boswell agrees. “I was at breakfast with Gabriel Rausch and Christian Knees when the soigneur came in. We thought they were joking around with us.” Boswell has a North-Western accent too but his is from Bend, Oregon in the American North-West. Now in his second year at Sky the twenty-three year old is quick to stress his love for Europe, and for France in particular, but after a very mediocre meal in a pretty mediocre hotel the night before this was a big blow. “My mom is visiting me for a month – she’s just retired – and she was going to come down from my house in Nice to watch me race. I had to call her and tell her it probably wouldn’t be happening. We agreed she would come anyway though – I thought we could go to St. Tropez for a nice lunch.”

At that point joining the race did seem like an impossibility but as the team started looking around they got their first break. “We looked up the lane and could see another carpark, which we were overlooking.” says Alan. “We could see some stuff there, our stuff, so we went up there, following a trail of bits. We found a work stand, a box with a load of groupsets in it, and then two Pinarello’s in a bush. They couldn’t fit it all in their own van.”

Whilst arrangements were starting to be made to retrieve five spare bikes from Sky’s base in Nice, police were investigating the van and Alan was trying to see what he had left to work with. “It’s about €240,000 worth of stuff gone. Some of the wheels were prototypes, Matt black C-50’s. They are not even on the market yet so they might be difficult to sell on. But these guys were total pro’s. We were probably targeted. They even had a dummy key to our van.”

Whilst it is standard procedure for mechanics to park their trucks and vans with the doors facing a wall and have other team cars blocking the whole vehicle in, it’s hard to see what can be done about organised gangs who have fake keys to your trucks and who cut all the carpark CCTV power before moving in as was the case here. The thieves snapped off the key in the lock and Team Sky had to show the police their own key to prove it wasn’t theirs that was used.

There still weren’t going to be enough bikes for the whole eight man team though, until race coach Shaun Stephens remembered Ian’s mom. “Josh (Edmondson) lives with me” laughs Ian, “and our training bikes were in my garage. I called my mom again – she was just about to leave –  and got her to find the garage keys. She has this tiny little hire car, a Citroen C3 I think, and the bikes wouldn’t fit in so she borrowed a family bike rack from another friend of mine – the sort that goes on the back of the car – and straps our Pinarello’s on. I was worried about her getting stopped by the police, thinking that these were the stolen bikes!”

Even with seven bikes en-route from Nice the team still remained one short and gratefully accepted the loan of a bike from the Bretagne-Seche team, whom they were sharing a hotel with. “Bretagne really helped us,” says Alan, “and we were lucky that we hadn’t put the race numbers and transponders on the other bikes. We usually do that in the morning of the race. If we had done it the night before they would have gone too.”

The spare bikes from Nice arrived late morning giving Alan and Igor just an hour to do the prep. “Three bikes were set-up OK as they belonged to riders on the race so they didn’t need too much work – just a  bit of tweaking – but it was full-on right till 12.30 with the others.”

Ian takes up the story again. He is back at home when I get to speak to him, just after he has finished dinner with Dina, his mother who didn’t get lunch in St. Tropez after all. “Our training bikes arrived last I think,” he says. “They weren’t even clean and Josh’s Di2 battery was nearly dead but we got to start and raced. It was valuable training.” I ask if the team did anything to thank Dina for her beyond-the-call-of-duty parenting that day. Ian passes the question onto his mom. “They gave me a few caps..” comes back the rather underwhelming reply. Maybe when the insurance money is sorted out Team Sky might want to think about giving Dina Boswell something a bit more special for helping save the day. 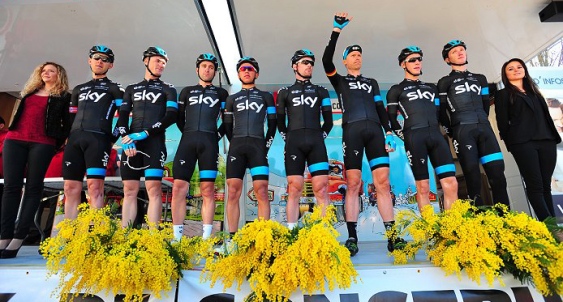 The full team of eight made the start. Ian Boswell on the right.

The team’s van for this race was a Mercedes Sprinter that is normally used to carry bedding around at the larger races. The short programme of Haut Var, plus the unusual circumstance of having three teams racing the same weekend, had seen it pressed into service for 2 day race in Southern France. “It has the bike rack in it and has the same security as the other vans – they are not dead-locked like the British Cycling ones are – but it’s not usually used for bikes.” confirms Alan. “Haut Var is too short to bring one of the big trucks down to.”

But it is not just the more vulnerable team trucks that are being targeted. Two weeks ago Cannondale got off relatively lightly with only a €100,000 loss from their Italian base just before the Tour of Oman started. Wheelsets and frames belonging to Peter Sagan and Ivan Basso were amongst the items taken.

Late last year Lampre-Merida suffered the biggest single loss to date when their headquarters near Milan was broken into and over €1million worth of top end bikes were taken. Having disabled alarms and other security measures it seems that the thieves had to also take a team van and car in order to make off with the massive 111 bike haul. Both road and time trial bikes were stolen, putting a serious dent in supplier Merida’s ability to supply the team with the frames needed for the start of the year.

Closer to home Tri-UK lost two vans worth of equipment estimated at £250,000 when both their vans were stolen from a hotel car park after the recent London Bike Show at Excel. Again the loss of multiple vehicles suggests this was not an opportunistic theft.

Northern Italy and Southern France seem to be regular locations for the thefts and questions will be being asked whether one or two groups are responsible for the majority of the thefts. As well as the sophistication of some of the raids themselves the network needed to dispose of such high-profile, individually marked frames would be a task in itself. One suspects that the frames are being shipped far out of Europe for sale whilst the less traceable wheels and groupsets could be being offered for sale more locally where prices might be higher.

Alan remains pretty sanguine about the loss. “They were going to get them whatever. They were professionals targeting us. They didn’t touch the Bretagne-Seche van.” So what does it mean for the future? Will this necessitate overnight security guards in team vans? “I think so.” agrees Alan, as he prepares to climb into yet another truck and depart for West Flanders, “It will have to happen. If this was at a Grand Tour, with a bigger team and all the TT bikes, the loss would be huge.” He remains upbeat though – a strong requirement for the hard-working mechanics who often rise earliest, get to bed last and don’t often get to fly to the races they attend, “At least the sun is shining today. Don’t often get that for the Classics.”

Ian will be out on his trusty training bike again this week, preparing for his next race at the GP Camaiore on March 6th. It’s in Tuscany, a good 4 hour drive along the coast from Nice. Whilst Dina will no doubt be hoping that she is not called on again to act as an impromptu bicycle courier, I suspect that Ian and Josh’s bikes will be a bit cleaner that weekend, just in case they are needed.

Team Sky podium photo from Cyclingfans.com. | A full list of the frame numbers of the stolen Lampre-Merida bikes can be found here: