There aren’t many pro-riders out there with a catchphrase. There are nicknames aplenty and a select few coureurs have a trademark winning celebration. There are also those whose on-the-record words have come back to haunt them in later years but if you are looking for a rider who can be totally summed up by something he once said, look no further than the man who has just retired after 16 years of no-holds-barred, never say die racing, whose inward rallying call became outward shorthand for his whole outlook on life. For most cycling fans you don’t need to say Jens Voigt. Like him you just say, “Shut Up Legs”. 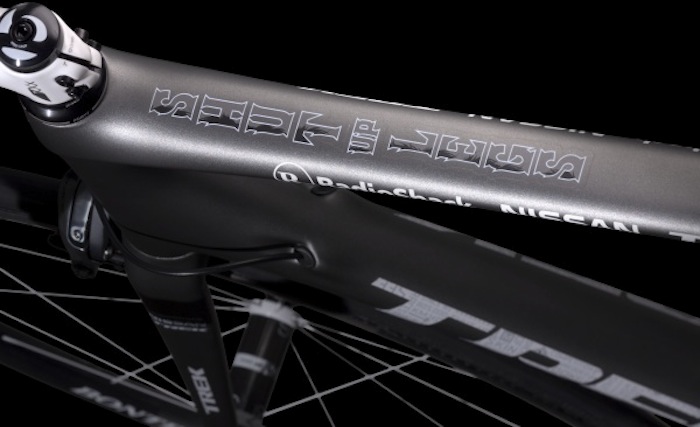 Voigt entered the top level of pro cycling in 1998 and has been racing ever since. Nineteen Ninety Eight.. That’s back when Bill Clinton was answering difficult questions about curvaceous interns and when Tony Blair was still reasonably popular. It’s the year before Lance Armstrong won the first of his five now stripped Tour titles. A couple of lifetimes ago in cycling terms. To say he is something of a survivor is as big an understatement as one of his trademark breakaways. The simple longevity of his career is one thing but to come through those particular years with his reputation intact as well is an equally impressive achievement.

I mentioned his ‘never say die’ attitude, right? Here is the perfect example: Having destroyed his bike in a crash descending the Col de Peyresourde in the 2010 Tour, and having already been passed by his teams cars, Jens borrowed a child’s racer from the side of the road and rode it for more than 15km before being reunited with a replacement team bike that had been left for him with a waiting policeman. It is those kind of antics that won him thousands of fans around the world.

Ostensibly the head of a large family including himself, his wife, six children and various animals, Jens has said that his place in the home hierarchy is somewhere a little above that of the dog. And that he likes it that way. It’s an insight into the mindset of a person who, despite being an unpretentious team player throughout his career, has nonetheless won stages in the Giro and the Tour and worn the yellow jersey on  two occasions. (2001 and 2005). Jens also likes to keep things simple. He needs no deep soul searching for motivation and appears to have no need to apply a gloss of intellectualisation over his athletic endeavours. Jens just does. When your legs hurt, you tell to Shut Up. It’s brilliantly simple.

My favourite Jens-ism is a testament to the fact that he eventually became a self-fulfilling prophecy. When asked at the 2013 Tour of California why he kept attacking, even beyond the age of forty and when the parcours or chase group dynamic would almost certainly render it fruitless, he replied, “Because I’m mother-fucking Jens Voigt”.  He did the same thing a couple of days later and survived to take the win. His almost caricature style appeared ripe for being turned into a joke – especially towards the end of a long career where maintaining such an aggressive riding style would inevitably become harder and harder. But Jens never became a parody of himself. He stayed true and stayed strong. Right up to the last. On the very last stage of his very last race this week – his retirement day – he attacked from the gun, got into the day-lomg break and won the “Most Aggressive Rider” award. Of course he did.. Because he’s mother-fucking Jens Voigt.

The Most Aggressive Rider (and Retiree) takes a final bow

His approachable, media-friendly persona (if you ignore the odd F-Bomb every now and then..) has helped raise his profile amongst journalists and fans but the true mark of the man is his unwavering belief in positive, attacking riding. The peloton just got a little less exciting.

UPDATE – One JensVoigting week after ‘retiring’ Jens announces that he will make an attempt on The Hour Record. In two weeks time. He really doesn’t want to give those legs of his any time to think that he might be ready to listen to them, does he?