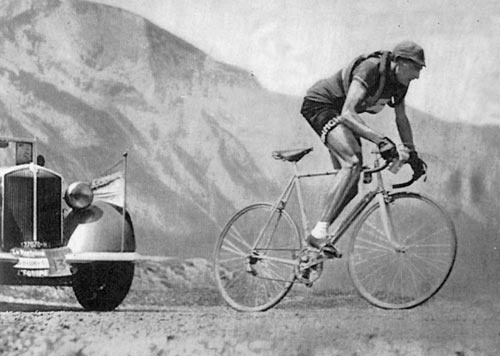 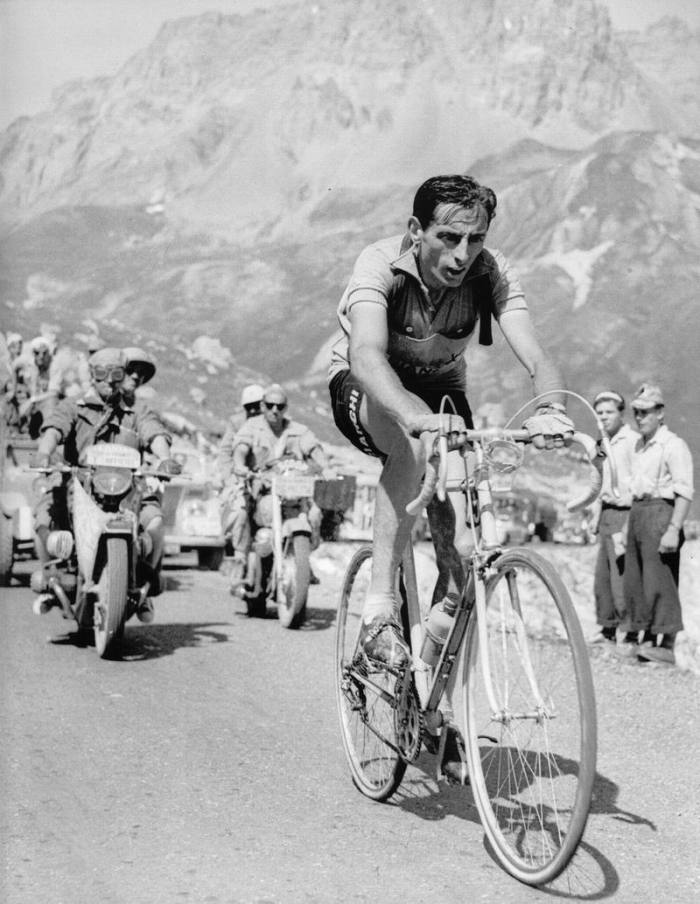 “Champion of Champions”. It’s hard to think of a cyclist’s nickname that places them higher in the pantheon of cycling greats. Coppi’s title of “Ill Campionissimo” was hard won and will outlast his earlier nickname “L’Airone” – meaning “The Heron’ and which related more to his position on the bike than the amazing feats that he achieved upon it. He made long solo wins his trademark, with journalist Pierre Chany suggesting that “from 1946 to 1954 Coppi was never once recaught once he had broken away from the rest.”

Fausto Coppi’s record is certainly remarkable; 5 Giro d’Italia, 2 Tour De France, numerous Classics and the Hour Record. Even more remarkable when you consider that he lost a number of years to World War II, during which he was posted to North Africa and taken prisoner.

Despite being universally feted now, Coppi was a hugely controversial figure during his lifetime. His extra-marital affair with Giulia Occhini, a fan who became his lover and later bore his son Faustino, rocked the religiously conservative country to such a point that the Pope personally intervened to make the cyclist to see sense and return to his wife. The atheist Coppi refused. His battles on the bike with the pious Gino Bartali further divided loyalty of the tifosi.