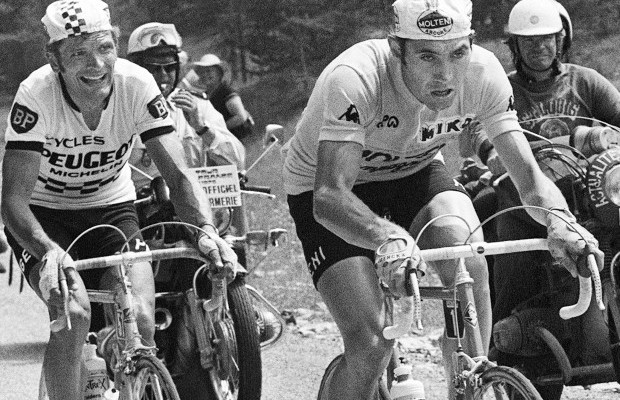 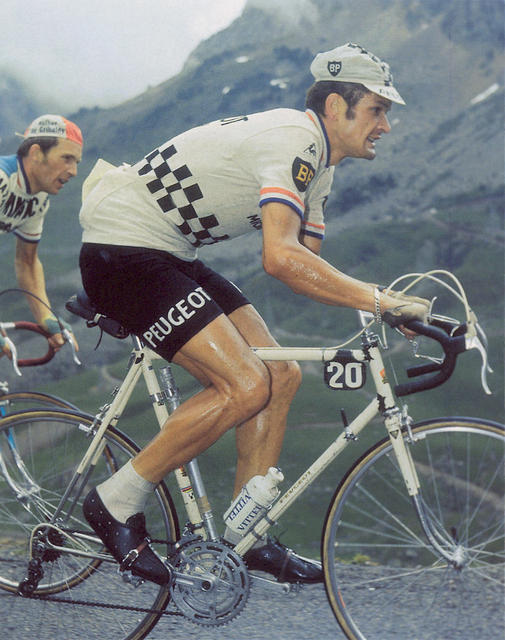 A stage winner in his very first Tour de France – started at a couple of days notice at the age of 22 -,  like so many others of his era Thevenet seemed destined to eternally ride in the shadow of the colossus that was Eddy Merckx. Though others would win Grand Tours when Merckx was absent or disqualified, it was Thevenet who sealed his place in cycling history be becoming the first man to beat Merckx over three weeks fair and square. The Cannibal’s capitulation on the slopes of Pra Loup on Bastille Day 1975 sent victory-starved France into raptures and ‘Nanard’ into yellow and legend. Fittingly the race finished on the Champs Elysees for the first time.

Thevenet, a solidly built all-rounder who nonetheless thrived in the high mountains, went on to win again in 1977 before making way for  the new French force in cycling who would dominate for the next half decade, Hinault. Often viewed as a transitional winner between the eras of more famous riders, Thevenet remains resolutely old school to modern eyes (even down to the choice of stimulant he later confessed to having used). He may have been the first to beat Merckx, and usually photographed in colour, but as the last winner of the tour for the famous Peugeot team that can trace its history back to 1901, he will always be thought of as existing in Black & White.