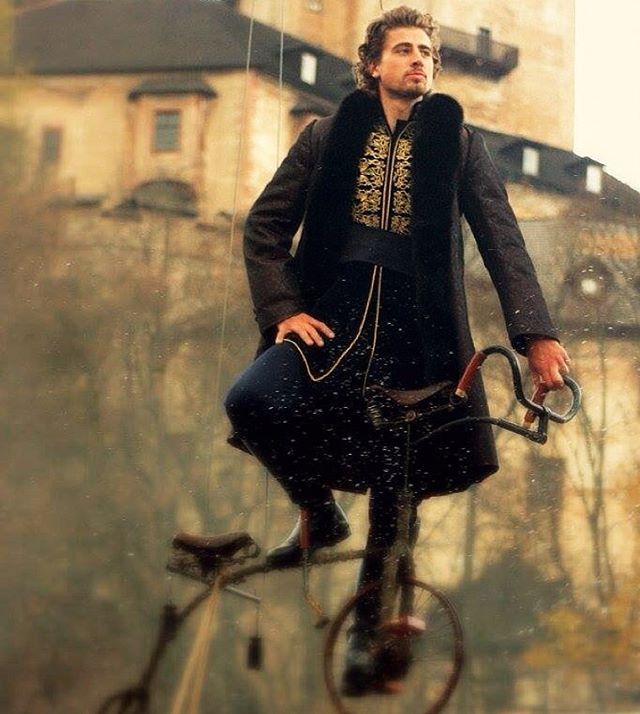 Perhaps it’s just as well that Peter Sagan is doing a recce ride of the Olympic Road race route in Rio today, as that should mean that his birthday celebrations are relatively muted. Based on recent events like his wedding (above) and Christmas video we assume that, if he had a bit of spare time on his hands the bash could easily turn into a theatrical entity requiring a cast of thousands, a budget of millions and the likes of either Baz Luhrmann or Terry Gilliam at the helm. Hopefully the team chef’s will just make him a nice rainbow-layered sponge cake and let him extinguish the candles with his smouldering eyes.

Cycling from top to bottom celebrated Peter Sagan’s World Championship win in Richmond last September. Who else could fling his bike away and walk back through the arriving peloton, demanding high-fives from everyone he had just beaten, without once appearing vain or gloating? Who else could get away with that stupendously surreal wedding without appearing completely out of touch with the real world? Who else indeed? Peter stands alone. He is truly unique.

Sagan is 26 and the time for him to start converting some of those myriad second places (17 last year) into a solid palmares is upon him. Expect fireworks in 2016. (And if Peter has anything to do with it, a rock band, a couple of elephants and most of the cast of Cirque Du Soleil as well.)