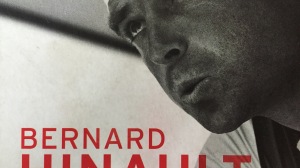 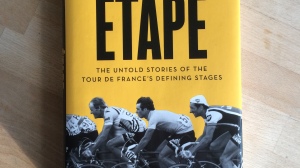 Hair got me into cycling. I know it sounds ridiculous – the leap from barnet(1) to bicycle is not an easy one to imagine – but it’s true. The ponytails of firstly Robert Millar and then, and more importantly, Laurent Fignon bewitched me more than any lofty mountain pass or low-profile time trial machine. Who were these sportsmen who exhibited such flair with their hair? It is said that the aero disadvantage of Fignon’s follicle affectation cost him the 1989 Tour, which he lost to the tousled golden locks of the American Greg Lemond by just eight seconds, but (and I realise that it would have been scant consolation to the distraught Frenchman) it won my undying admiration.

Fignon and on and on.

END_OF_DOCUMENT_TOKEN_TO_BE_REPLACED

Perhaps the most naturally gifted rider of his generation, Laurent Fignon burst onto the Grand Tour scene by winning the Tour de France aged just 22. France, still enthralled by his then team leader Hinault, foresaw a processional handing on of the baton; even more so when Fignon decimated the field in 1984 and staked such a claim to the throne that had already prompted Hinault to move elsewhere. Injury and bad luck blighted the bespectacled Parisian’s next few seasons and he never won ‘le grand boucle’ again. Indeed in many ways he is more famous for his 8 second loss to Lemond in 1989 than for his emphatic earlier triumphs.
One of my all-time favourite riders, his loss to cancer aged just fifty – after he had carved out second and third careers running (and saving) some of the less popular French races and in commentary – was a huge loss.

Fignon was cremated and there is a small memorial plaque in Paris’ famous Père Lachaise cemetery. More info on finding the plaque can be found on this page from inrng.com

—– STOP PRESS. The Whitecloth Gallery are having a silent auction of the prints shown in this exhibition. Check out the details here WHITECLOTH GALLERY and email liz.miles@whiteclothgallery.com to place your bid. Deadline is noon 21st July. PS – please don’t bid on Sizzling Feet.. I want it!  TJP —–

Cycling is a sport well suited to written reportage but Graham Watson’s ‘Eyes on Le Tour’ exhibition near Leeds rail station is about as good a counter argument to this as is possible. History is not writ large inside the two medium size galleries at the Whitecloth Gallery so much as Kodachromed large in the dazzling array of prints from his long and illustrious career at the heart of the pro peloton.